Okay, so there's fame, and then there's FAME. I'm more interested in the lowercase kind. The kind of fame that allows me to go to the corner store for coffee without getting followed by annoying people with cameras. I'm not into movie star FAME or rock band FAME, but more like indie author fame. I want to be famous with librarians and hipster baristas. Is that too much to ask?

So what am I doing to further my lofty ambitions? Read on... 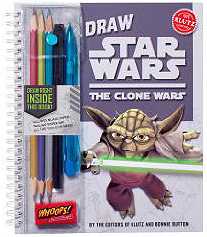 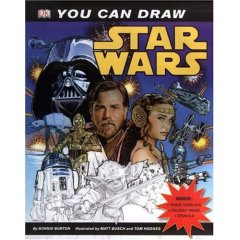 My writing is in the women's comic anthology The Girls' Guide to Guy's Stuff published from Friends of LuLu.

I've been running this old-school site called GRRL since 1996, and Grrl print zine even longer.

Long ago in a galaxy far, far away (Denver), I used to host a weekly music video show called "Teletunes," and then went on to host a similar show in San Francisco called "Subculture."

I hosted the music video shows "Teletunes" (Denver) and "Subculture" (San Francisco), as well as 2 video podcast shows called Ask Bonnie and Ask @Sock -- the video archive can be found on Youtube and Myspace Video.

On an unusual side note, photos of yours truly have been featured in magazines, comic books, technical manuals, and even as an Easter egg in a video game.

Below are a few interviews/articles that I've been featured in, just in case you want to join me in pretending I'm sort of a big deal around here.

I'm featured as the obsessive fan of the week in the photo Issue of Entertainment Weekly (Oct. 13, 2006). I've been a die-hard Bettie Page fan for over 15 years, ever since I picked up the comic book Bettie Page in Jungle Land. I became so enthralled by her life story and unique fashion style that I started The Bettie Page 10 years ago when the Web was young and Bettie was only an underground icon with the rockabilly boys.

Hey I'm a Media Pundit!
Tech TV/ CNN Headline News
-- As a contributing editor to the site Backwash.com, founder and friend David Ring asked if I would be so kind to be the spokesperson in an interview with TechTV about Backwash Pets (the pet blog section at pets.backwash.com). Of course I said yes and before I knew it I was being interviewed by a reporter from the Tech TV show "Tech Live" in a dog park. Apparently, I was so hilarious in the piece that it got a huge reaction from viewers and CNN Headline News picked up the piece. World domination is only a few paces away.

Bizarre magazine (UK)
-- Bizarre is one of my favorite British magazines. It's kind of a cross between Maxim and a snuff film. That's not me on the cover, but I did manage to make it in a tear-out supplement. I have a photo spread and a mini-interview. If you run across the Feb. 2003 issue pick it up.

Freelance Interview with Me
WritersManual.com
-- Read about my life as a writer as well as my advice on how to encourage your creative spirit. Plus you get to discover my favorite quote, food, word, book and memory.

Paging Bettie article
Entertainment Weekly
-- Ben Spier interviewed me about Bettie Page and the legions of fans currently discovering her online. The article is in the issue #667, Aug. 16, 2002. The cover features Spider-Man and Vin Diesel with the line "Don't Believe Your Eyes: 10 Movie Magic Secrets." You'll find the piece in the Digital section on page 74.

Grrl Gets the Goods
Backwash.com
-- In this column, I write about everything from GenX pop culture themes to hilarious dating tips. I update it three times a week, so be sure to check back often!

The Spike Report Guest Column
Online Journalism Review
-- I filled in for the Spike Report while Mr. Spike was away. I wrote about mysterious pinkeye outbreaks, claymation Christians, fungus meat, two-headed snakes and more!

Roger Black lists Grrl.com as his fave bookmark
Fast Company magazine
-- Roger Black, Chairman of Danilo Black Inc. and author of the book Web Sites That Work, listed Grrl.com as one of his favorite Web sites in an interview with Fast Company magazine. He says, "The lovely Bonnie Burton has a fun personal site. I go here for her Phreaky Phriday Phun Linx. Now in its sixth year, Grrl.com takes you back to the days when the Web was just for fun." Thanks Roger!

Vote for my photos!
Jones Soda
-- I have submitted photos of myself being a big goof so I can eventually see my mug on a Jones Soda label. It's better than ending up on the side of a milk carton, plus I'll be promoting my favorite soda of all time (as long as they don't put me on the bubblegum-flavored soda that is).

Bonnie on a billboard
For Excite Music
-- When I was the editor of the Excite Music channel, I was going to have my mug on a big billboard in San Francisco, but then at the last minute they decided not have my face on it. I guess the Excite marketing team thought I'd cause too many car wrecks. Not to worry though. I was on the Excite@Home holiday billboard too. Heh.

Grrl.com profile
Silicon Salley
-- I wonder if this makes me a full-on geeky girl? cool!

Just call me Bonnie Burtonsan (with video)
(Tokyo Broadcasting System)
-- A Japanese camera crew came to where I worked (Excite@Home) to interview folks about the launch of @Home Japan. I was interviewed for about 15 minutes, but they only used a few minutes of it for this video. So I have no memory of what they actually asked me. I think I might have said that we work such long hours that it's not uncommon to see people taking many breaks to play foosball. My interview starts at 5:36 on the time counter. The whole thing is dubbed in Japanese and they show my desk toys too! Check out the video.

-- A camera crew came to my house and interviewed me. I'm such a geek in this video segment, but heck - you knew that already! I talk about Grrl.com, my embarrassing eBay addiction, tips on dating musicians and I even play guitar! The greatest thing is that I get email from this TV spot all the time since it's constantly in reruns all over the world.

Bonnie Burton Club on Yahoo!
-- A "fan" made started this fan club about me. Now my friends are writing fan fiction about me and Dawson's Creek characters. How embarrassing! tee hee.

I Wanna Be Like Bonnie Burton (Instrumental)
by Dan the 50Lb. Man
-- A song about me? Cool!

TV is Dead
interview transcript
by Andrew Chitty
a BBC 'Horizon' Special
-- When I was just starting out as a Web editor at @Home Network in 1996, a British film crew came in and wanted to interview a "funky" employee. Since my desk was covered in toys and I was doing Grrl.com, they picked me to interview. They followed me around work with a camera, and then filmed me at home on the computer and rummaging through my empty fridge. Here's the transcript of my brief part on the show.

"Betty Bonnie" Burton
Joe Bob's Webchicks
-- You gotta scroll down to find it, but hey - it sure is a nice review!

Miss Lyrics Jan. 1999
International Lyrics Database
-- I was the first Miss Lyrics and apparently the
last since the site has been forced to shut down due
to copyright violations. Doh!

Cool Sitings Netscape
-- Even the folks at Netscape dig Grrl.com!

Orange County Fans
-- See me make fans out of the Cox Cable folks with my job as the Web Waste editor for the @Home Network.

My "interview" in a Brit mag called Escape
-- Out of the blue, a nice bloke named Steve Crozier emailed me to say that I was featured in a glossy British magazine called Escape. Apparently, it's a review of my site and some quotes from me off this very fame section for their Sex section (not so sure why). Thank God they picked the two photos of myself I like the most. One step closer to fame, at least in England!

Me as a New York Times model
-- So this is my BIG break into modeling. (ha ha). I got to model a tiara in the Sunday Weekend Style Section of The New York Times newspaper on Jan.4, 1998. I happened to be visiting my pal, Sam Reep, who was the art director for the Style weekend section, during the holidays in NYC. They needed a brunette model last minute to show off tiaras and I was the lucky gal choosen to do it! All those modeling offers should be rolling in any minute now....

The Real Bettie Page:
The Truth About the Queen of the Pin-Ups
by Richard Foster
-- I was interviewed for a book about my idol Bettie Page by a reporter named Richard Foster. Little did I know that this book would be a bombshell of a story. Foster dug up some dirt on the Queen of Curves that made plenty fans scowl in disgust at the author's investigating skills. I was shocked to read about Bettie's abuse as a child and later her mental illness, but then again I was glad to see that she was a real woman with real problems and not just some objectified pin-up girl without a soul. After reading the entire book, I love Bettie even more now, and respect her for her courage and strength to keep on going. I talk in the book about why so many fans love her and what she did as an icon. Look me up in the index.

Nightline
-- I wasn't interviewed by Ted Koppel or anything, but Nightline came to the company where I once worked, @Home Network, in its series "A Revolution in a Box" about Silicon Valley. I was shown at my computer and looking coherent in a company meeting where our CEO TJ, was sitting on top of a vending machine. I was wearing my British flag T-shirt, if you think you might have spotted me during the TV broadcast, which aired on Oct. 13, 1997. The segment also showed off my desk, like the lava lamp and my nun-puppet shrine.

Me and a real Oscar
-- Actually it belonged to my former boss' father-in-law. And yes, I had blue hair then.